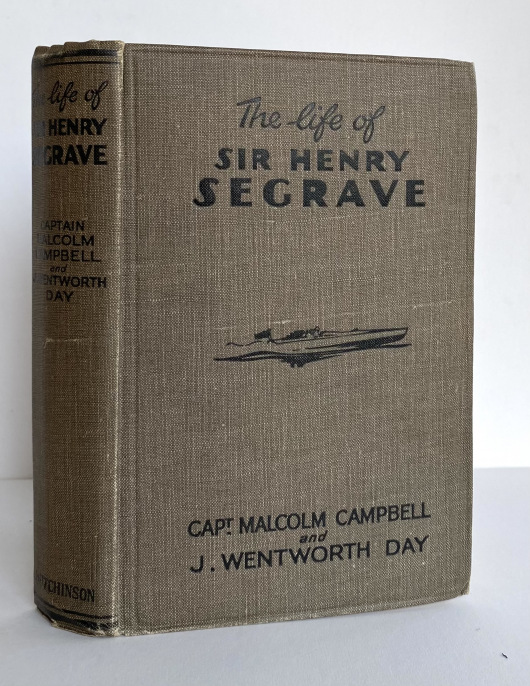 The Life of Sir Henry Seagrave

London: Hutchinson & Co.
Fourth Impression
[circa 1930]
Very Good+
B5109
Fourth impression of book originally published in 1930. Small octavo, pp 284. Bound in grayish brown cloth covered hard boards with black lettering and decoration to upper board. With 32 photographic illustrations. Biography of the great land and water speed record holder who first broke the land speed record in 1926 at 152 mph and raised it several times finally to 231mph at Daytona Beach in 1929. He died attempting the water speed record on Lake Windermere in 1930. Seagrave was a great competitor of Campbell , so it is fitting that Campbell should have co-authored this book which is undated but was published shortly after Seagrave’s death.


In Very Good Plus tidy unfaded condition with little light browning to the edges of the block.
Ask a Question
95