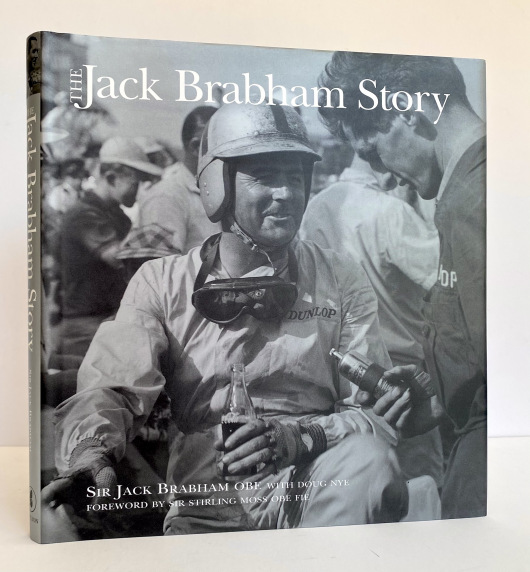 London: Pavilion Books
First edition
2004
Fine / Fine
B5101
First edition. Quarto, pp 256. Bound in green cloth covered hard boards and in the original dust jacket, un-clipped (£30.00). Illustrated throughout with photographs in colour and b/w. SiIGNED and inscribed to the half title page: “Best Wishes from Jack to Jock”. Brabham, winner for the World Championship three times (1959, 1960 and 1966) uniquely won in a car bearing his own name in 1966, thus becoming the only man to be both World Champion Driver and World Champion Constructor in the same year.


Book and jacket are both in Fine condition.
Ask a Question
150