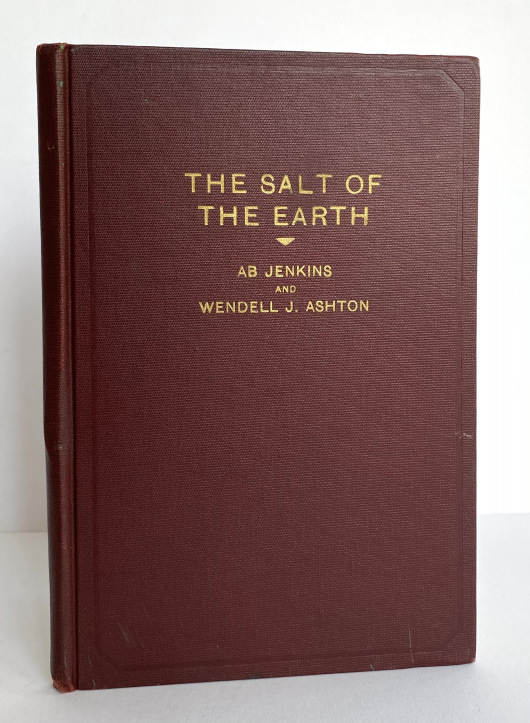 The Salt of the Earth

Salt Lake City: The Desert News Press
First edition
1939
Near Fine
B5064
First edition. Octavo, pp 80. Bound in reddish-brown cloth covered hard boards with gilt lettering to the upper board. Illustrated throughout with photographs. David Abbot “AB” Jenkins was a professional driver who became interested in land speed records and was instrumental in establishing the Bonneville Salt Flats as the preeminent venue for such record attempts, including his own attempts (he was more successful in 24 hour endurance records than the one mile dash). He attracted both Sir Malcolm Campbell and George Eyston to Bonneville where Campbell broke the record in 1935 and Eyston in 1937 and again in 1938. Campbell had previously broken the record four times between 1931 and 1935 at Daytona Beach . This book is the story of Jenkins and Bonneville in the 1930’s. This is the rare first printing of the book which was reissued in 1945 by Clymer Motors. There is an inscription on the title page: “To Capt. George S. Nix”, though we have not yet identified who this may be.


The book is in Near Fine condition. Rare and desireable.
Ask a Question
160