home / EXHIBITIONS / 2022 / Travelling Through Asia - An online exhibition of vintage posters, luggage labels and travel ephemera from 1900 to 1980 / Java Wonderland of Colour - Travel by K.P.M. Line 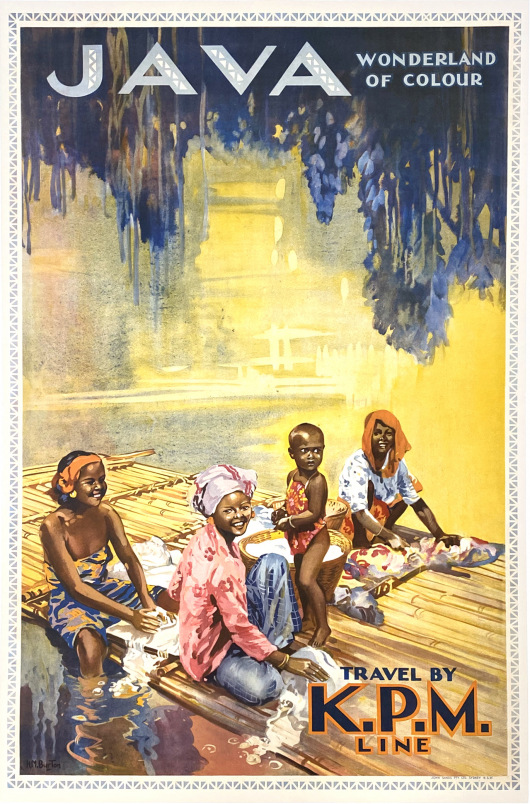 Koninklijke Paketvaart-Maatschappij (Dutch for 'Royal Packet Navigation Company'), better known as KPM, was a Dutch shipping company plying its trade in Indonesia, or as it was then known, the Netherlands East Indies. It was the dominant inter-island shipping line in Indonesia during the years running up to the Second World War.

H.M. Burton was an Australian poster designer who initially came to prominence designing recruitment and other government posters during WW1. Here he has designed a beautiful poster to encourage Australian visitors to the Dutch East Indies to travel on the K.P.M. Line.