home / EXHIBITIONS / 2022 / Travelling Through Asia - An online exhibition of vintage posters, luggage labels and travel ephemera from 1900 to 1980 / Outposts of Empire, Ceylon 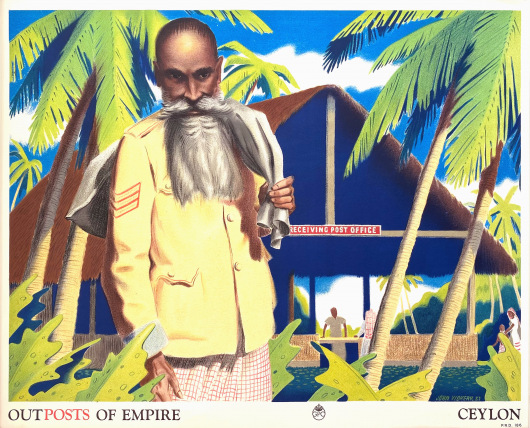 Stone lithograph
63.5cm x 51cm
1937
Grade: A, Excellent. Not linenbacked
T5358
This poster was issued in 1937 by the General Post Office in London as one of a series promoting postal services to the empire and colonies. Here we see a postman in Ceylon standing in front of his local mail receiving office, to reassure the British public of the safety and security of using international mail services.