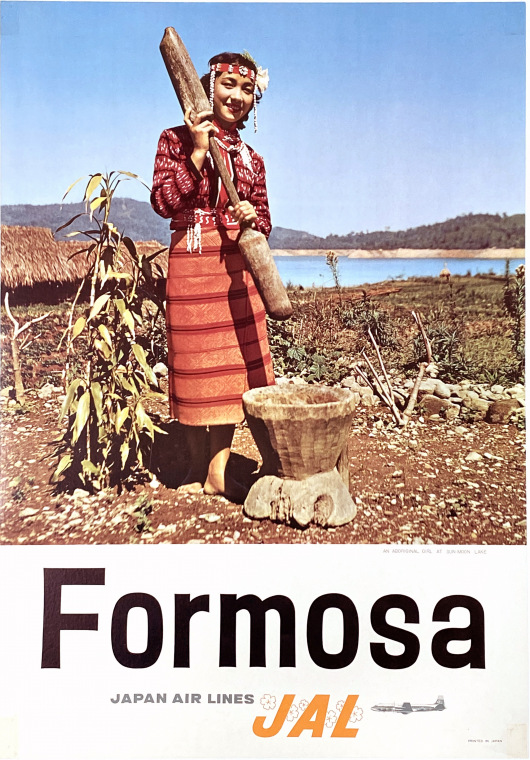 Printed in Japan
Offset lithograph
51.5cm x 74cm
late 1950's
Grade: A-/B+. Very Good Plus. Linenbacked.
T4621
The poster shows a Taiwanese woman at the Sun-Moon Lake. This lake in central Taiwan is the largest inland water body on the island and is considered one of the Eight Views of Taiwan. An early poster with the island still identified as Formosa.


The aircraft silhouette is of a Douglas DC6-B which entered service with JAL in 1954 and was operated by the airline until 1969.