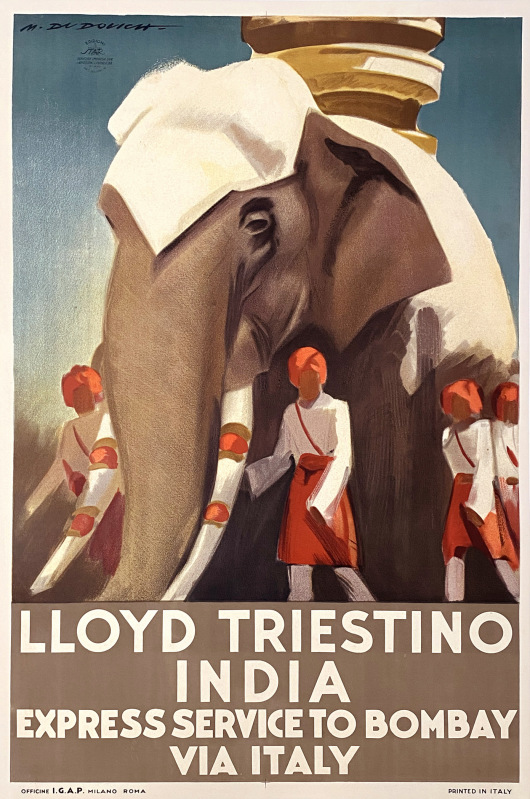 Lloyd Triestino India. Express Service to Bombay via Italy (circa 1938)

Printed by Officine I.G.A.P., Milan
Stone Lithograph
63cm x 98cm
circa 1938
Grade: A, Excellent. Linenbacked
T5525
Dudovich was an Italian painter, illustrator and poster designer and alongside Leonetto Cappiello and Adolfo Hohenstein is considered one of the greats of Italian poster design.


Founded as Österreichischer Lloyd (or "Austrian Lloyd") in 1836, the company became one of the world's biggest shipping companies by managing most overseas trade and passenger travel of the Austro-Hungarian Empire until 1918. The Austrian Lloyd ran regular services from Trieste at the top of the Adriatic Sea to the Near East, India, China and the Far East, Brazil, the US and Northern Europe. Following the end of WW1, the company rebranded as Lloyd Triestino when the city of Trieste became part of Italy.