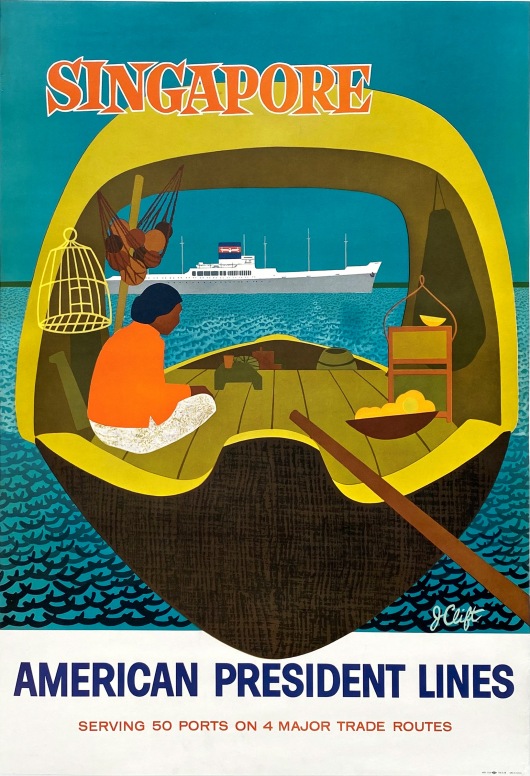 One of a series of seven posters issued in 1957-58 by APL to promote its passenger liner service from the U.S. West Coast to Asia; this is a scene of a C-3 Class ship steaming past a small Singaporean harbour vessel.

The C-3 Class Freighter President Polk was operated in the 1950's and early 1960's on its Round the World Routes, and it is either this ship or one of its sisters depicted here.