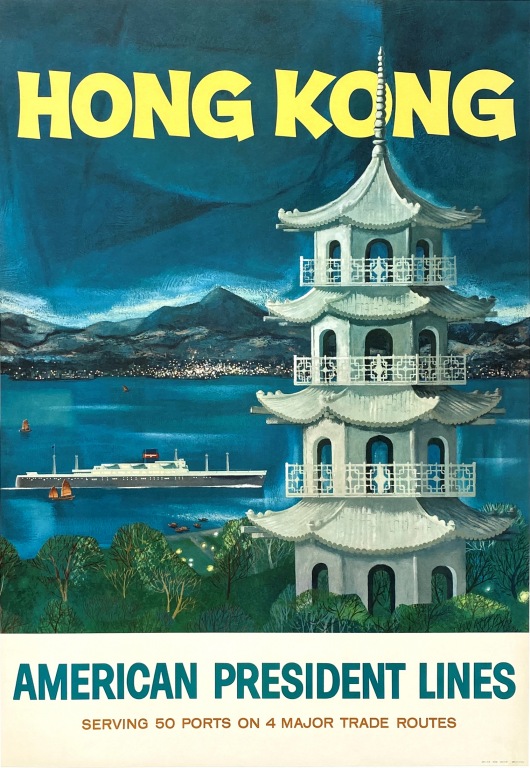 One of a series of seven posters issued in 1957-58 by APL to promote its passenger liner service from the U.S. West Coast to Asia; this is a night-time scene of the S.S. President Hoover steaming out of Hong Kong harbour with the Tiger Balm Gardens pagoda in the foreground and the city lights of Kowloon in the distance.

Built in 1939, the President Hoover was operated by APL from 1957 until its retirement in 1964, and covered the route from San Francisco to Tokyo, Hong Kong and Manila.