Norway, Land of the Midnight Sun 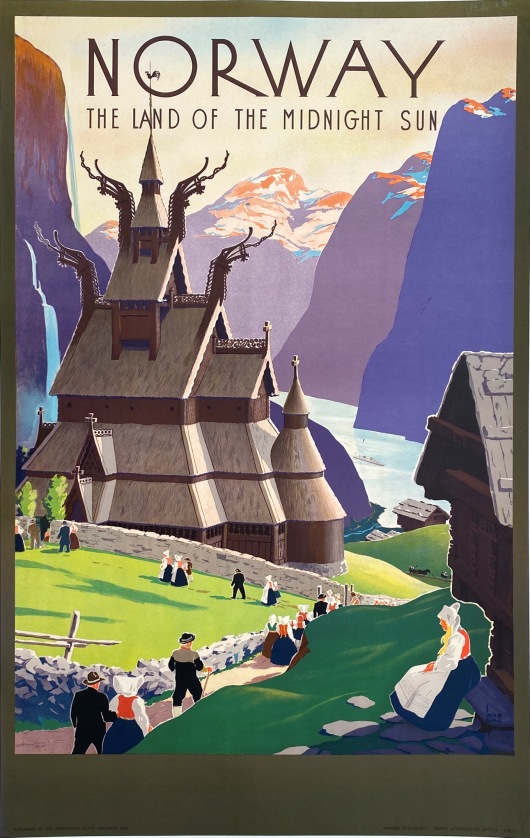 Starting in the Middle Ages, when Norway became a Christian country, former Vikings-turned-Christians built immense cathedrals and churches to honor the new religion - all made entirely from wood rather than the typical stone ecclesiatical construction of the time. Known as "stave" churches, after the wooden â€œstaversâ€ or corner posts  and load-bearing pillars that keep the church from collapsing, these churches range from modest structures to ornate, multi-layer architectural masterpieces.

This poster illustrates a highly ornate stave church on the hillside overlooking one of Norway's many fjords. A passenger liner plys the fjord in the distance. Both fjords and stave charches would have brought tourists to 'The Land of the Midnight Sun'.