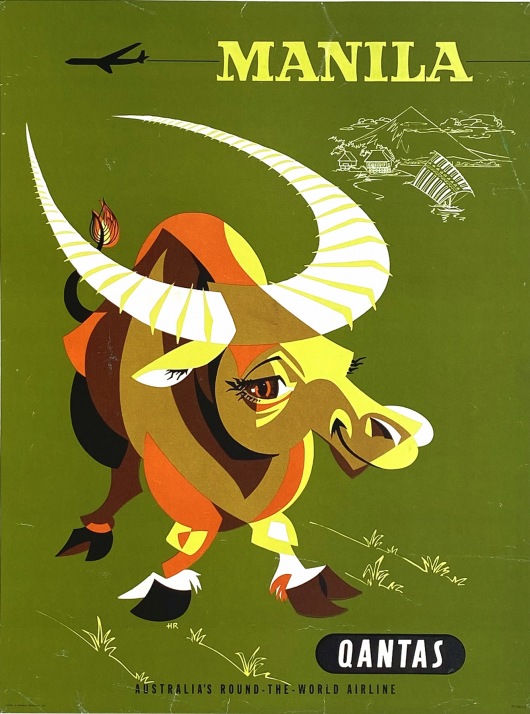 Quarter sheet poster with a very cheerful looking Carabao, or water buffalo, which was part of a long running series from the late 1950's into the 1970's, all designed by Harry Rogers. Rogers designed the QANTAS logo font in the mid 1960's as well as many different poster series, each employing different styles such as cut and collage, watercolour and the heroic animal portrait series from which this Filipino Carabao heralds.