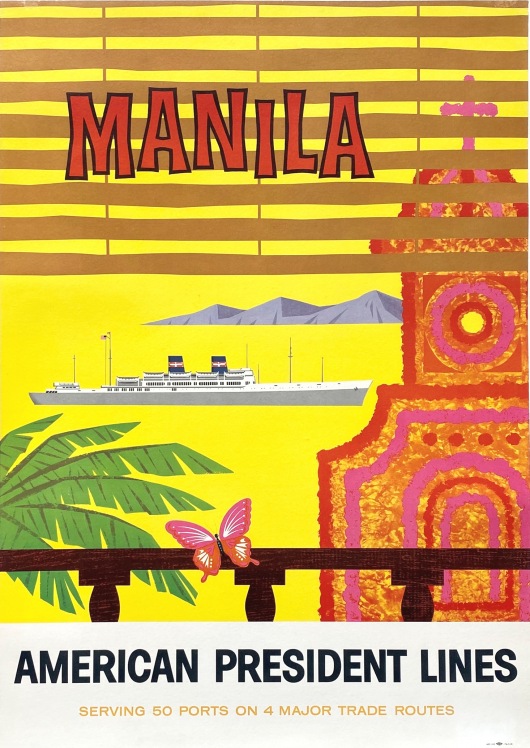 One of a series of seven posters issued in 1957-58 by APL to promote its passenger liner service from the U.S. West Coast to Asia; this is a scene of either SS President Wilson or its sister ship SS President Cleveland steaming in Manila Bay with the architecture of a typical Filippino church in the foreground.