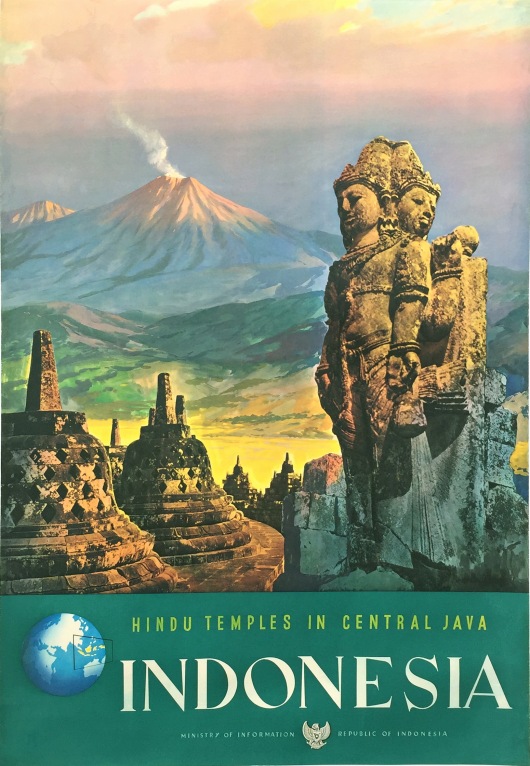 Travel poster issued by the Ministry of Information in Indonesia. The poster has an image of the Temple of Borobudur, described by UNESCO as one of the greatest Buddhist monuments in the world and built in th 8th to 9th centuries. Within each of the 72 openwork stupas (several of which can be seen in the poster) is a statue of Buddha.

It is intriguing that the poster promotes Hindu Temples in Central Java but uses the image of a Buddhist monument. The volcano behind is Merapi, the most active volcano on Java island.