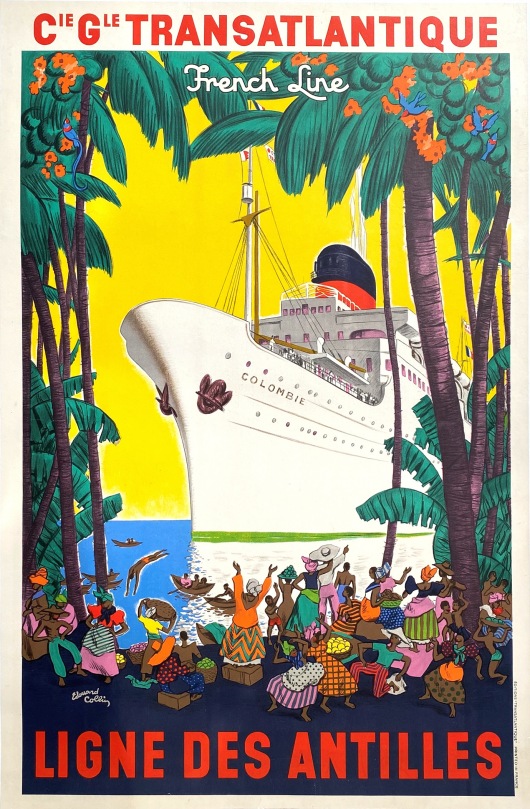 Compagnie GÃ©nÃ©rale Transatlantique, usually referred to as 'The French Line' overseas, was originally established in 1855 and was a major player on the transatlantic routes in the interwar period. The company is perhaps best remembered for its super-luxury liners including SS Normandie, SS Paris and SS Ile de France.

This poster shows a joyful scene in the French Caribbean with the SS Colombie arriving in Les Antilles, possibly Guadaloupe, enticing French and other European travellers to holiday in these beautiful islands.