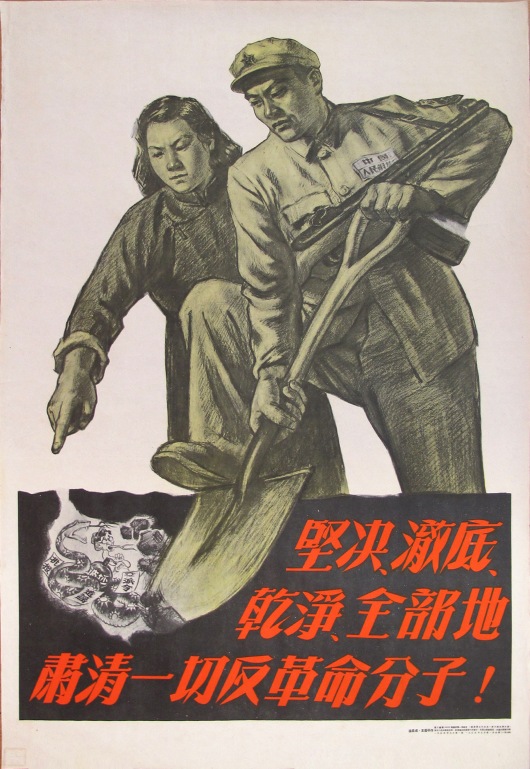 The title of the poster is the theme of a speech made by Luo Ruiqing (1906-1978), a general of the People's Liberation Army and chief of PLA General Staff,  at the second plenary session of the 1st National People's Congress in 1955.  Despite being a close associate and supporter of Mao Zedong for decades, Luo was targeted and purged during the Cultural Revolution.

The Sufan movement (è‚…å, against counterrevolutionaries) was a political campaign against political opponents in the People's Republic of China under Mao Zedong. The term 'sufan' is referring to a 'purge' of ideological heretics. The Sufan movement lasted from August 1955 to late 1956.

On 1 July 1955, the Chinese Communist Party Central Committee issued a "Directive on launching a struggle to cleanse out hidden counter-revolutionary elements".  The targets of directives like these were individuals inside the communist party, the government bureaucracy, and military personnel, which include Ex-Kuomintang personnel, reactionaries and secret traitors of imperialists. Luo Ruiqing was one of the five leaders of the 'Sufan' movement.