Chairman Mao Has the Fullest Confidence in Chairman Hua 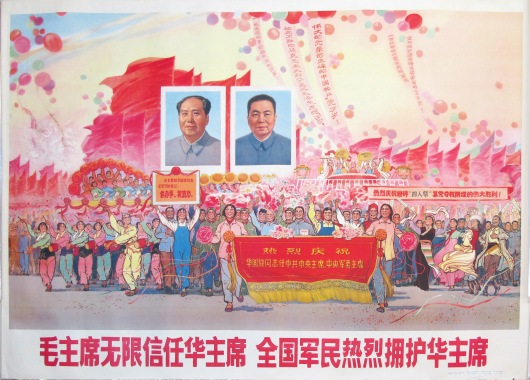 Chairman Mao Has the Fullest Confidence in Chairman Hua (1976)

On 6 October 1976, Hua brought the Cultural Revolution to an end and ousted the Gang of Four from political power by arranging for their arrests in Beijing. He attempted moderate reforms and reversing some of the excesses of Cultural Revolution-era policies. However, because of his insistence on continuing the Maoist line, he was himself outmaneuvered in December 1978 by Deng Xiaoping, a pragmatic reformer, who forced Hua into early retirement.