home / EXHIBITIONS / 2015 / Revolutionary Fervour - An Exhibition of Vintage Original Chinese Propaganda Posters / American Imperialism Will Be Defeated! The People of the World Will Certainly Win!

American Imperialism Will Be Defeated! The People of the World Will Certainly Win! 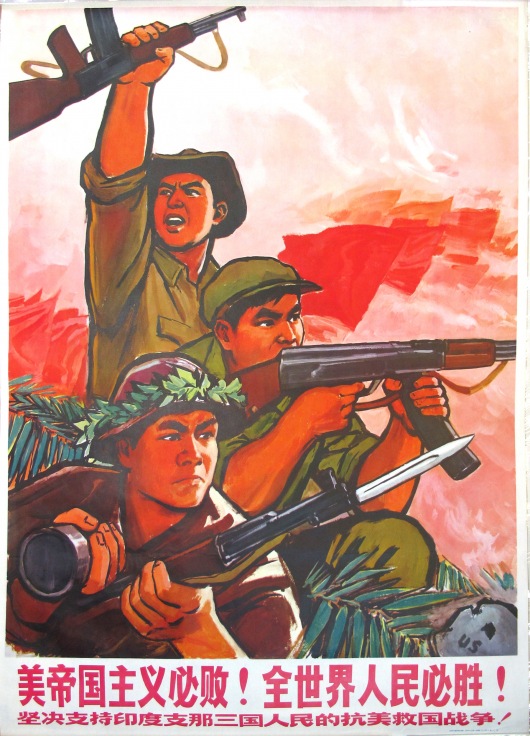 American Imperialism Will Be Defeated! The People of the World Will Certainly Win! (1970)

Subtitle of the poster:  Strongly support French Indochina Against America!

The Vietnam War, also known as the Second Indochina War, and also known in Vietnam as Resistance War Against America was a Cold War-era proxy war that occurred in Vietnam, Laos, and Cambodia from 1 November 1955 to the fall of Saigon on 30 April 1975. This war followed the First Indochina War (1946â€“54) and was fought between North Vietnamâ€”supported by the Soviet Union, China and other communist alliesâ€”and the government of South Vietnamâ€”supported by the United States and other anti-communist allies.