Unite with the Leadership of Chairman Mao 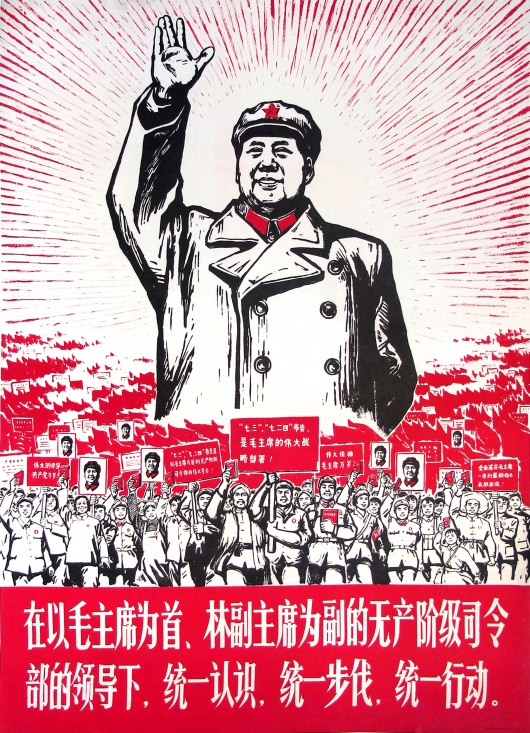 Unite with the Leadership of Chairman Mao (1968)

The title of the poster is derived from the Communique of the Enlarged 12th Plenary Session of the Eighth Central Committee of the Communist Party of China. (Oct 31, 1968)

â€œUnite closely around the proletarian headquarters with Chairman Mao as its leader and Vice-Chairman Lin as its deputy leaderâ€¦ carry forward the mass movement for the study of Chairman Maoâ€™s works, run Mao Tse-tungâ€™s thought study classes well, use Mao Tse-tungâ€™s thought to unify their thinking and co-ordinate their steps and actions and criticize and repudiate the reactionary bourgeois theory of â€œpolycentrismâ€.