The 3 July and 24 July proclamations are the Chairman Mao's Strategic Plans! 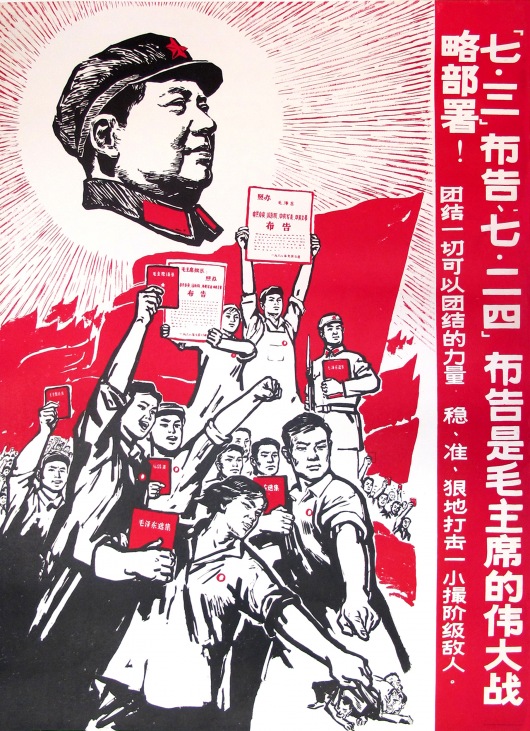 The 3 July and 24 July proclamations are the Chairman Mao's Strategic Plans! (1968)

"The 3 July and 24 July proclamations are Chairman Mao's great strategic plans! Unite with forces that can be united with to strike surely, accurately and relentlessly at the handful of class enemies"

During the Cultural Revolution, the country was kept in a state of constant turbulence as various factions used violence to attain power which did not only created chaos but also seriously jeopardized economic development. Revolutionary committees were established through tears and bloodshed which the people seized weapons from the PLA, pillaged military warehouses and vehicles. The conflicts between rival organization in Guangxi Autonomous Region became so severe that aid supplies to Vietnam were captured in July 1968. The Party issued notices on July 3rd and 24th in 1968, demanding the termination of violence and the return of weapons.