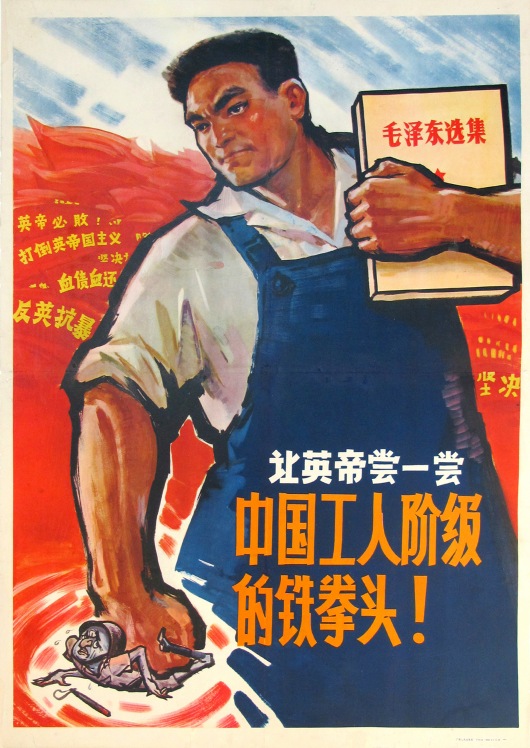 The poster illustrates the support for Hong Kong Leftist riots against British colonial rule in 1967. Members of the Cultural Revolution Group proclaimed that Hong Kong's ruler would be given "a taste of the Chinese people's iron fist" if they did not admit their crimes, and called on the Chinese People of Hong Kong to rise and settle China's blood debts with the British imperialists.

Demonstrators in Hong Kong clashed violently with the Hong Kong Police Force. Leftists called for massive strikes and organised demonstrations, while the police stormed many of the leftists' strongholds and placed their active leaders under arrest. These riots became still more violent when the leftists resorted to terrorist attacks, planting fake and real bombs in the city and murdering some members of the press who voiced their opposition to the violence.