Strongly Condemn the British Imperialists for their Fascist Atrocities 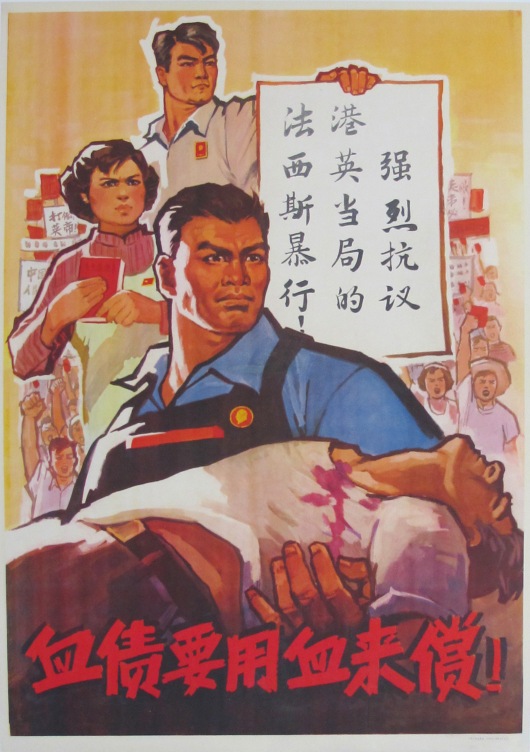 Strongly Condemn the British Imperialists for their Fascist Atrocities (c1967)

The poster illustrates the support for Hong Kong Leftist riots against British colonial rule in 1967. On 3 June 1967 the People's Daily condemned the 'fascist atrocities of British imperialism' and encouraged compatriots in Hong Kong to mobilise the masses to fight imperialism. The effect of the editorial further stirred up the anti-British fervour of the leftists in Hong Kong. They believed that the party leaders in Beijing must have abandoned the previously cautious policy and that China was read to take back Hong Kong very soon. The leftists resorted to terrorist attacks, planting fake and real bombs in the city and murdering some members of the press who voiced their opposition to the violence.

Caption of poster: A debt of blood must be paid with blood.