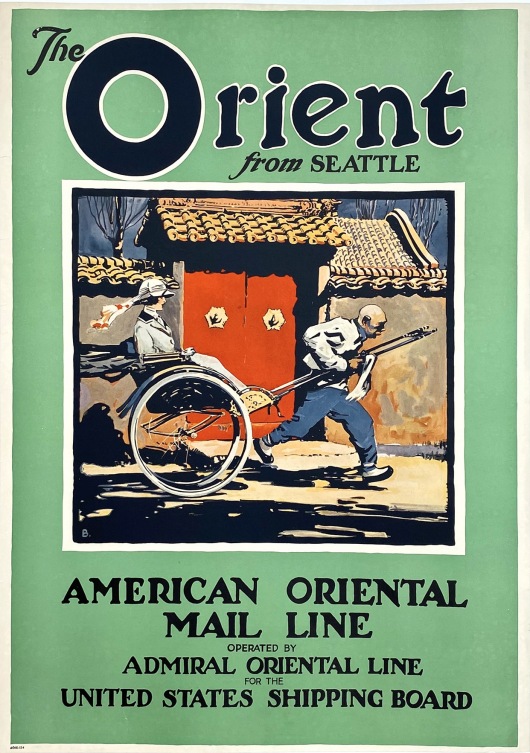 Smaller format poster promoting the mail steamer service across the Pacific from Seattle to Asia. The image on the poster shows a Chinese rickshaw man pulling a western woman at speed past the red door of a traditional Chinese courtyard home.

American Oriental Line was established in 1921 and became part of Dollar Line in 1922, thereafter being merged into American President Lines. AOL initially ran five ships from Seattle to the Far East under the auspices of the United States Shipping Board.