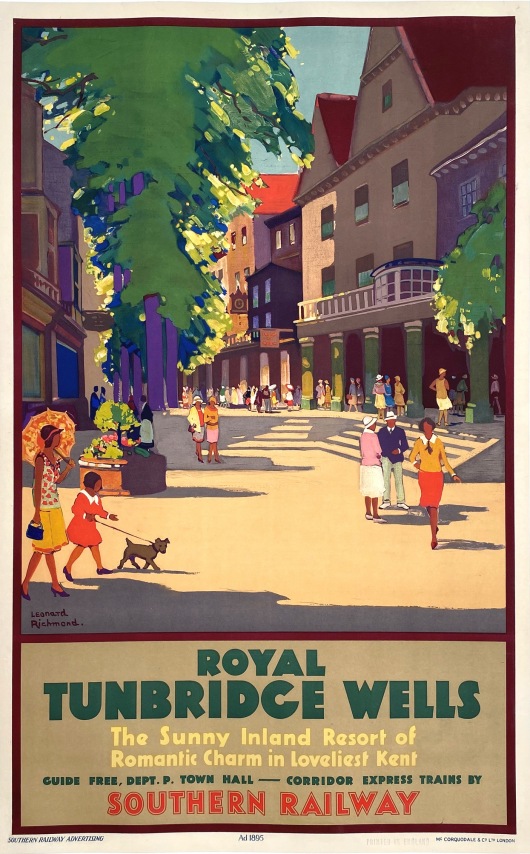 Leonard Richmond was a British artist trained at Chelsea Polytechnic. He was a war artist for the Canadian Government during WW1 and later moved to Canada where he produced posters for Canadian Pacific Railways from 1925. On returning to the UK in the 1930's, Richmond began designing posters for British railway companies including this striking art deco design for Southern Railway promoting the glamorous and fashionable town of Royal Tunbridge Wells in Kent.