Warmly Celebrating the establishment of the Revolutionary Committee of Jinggang Mountains Middle School! 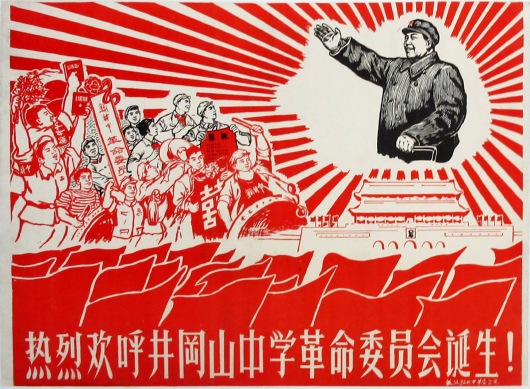 
The Jinggang Mountains is known as the birthplace of the Chinese Red Army, predecessor of the People's Liberation Army and the "cradle of the Chinese revolution". Along with Mao Zedong's hometown, Shaoshan, the Jinggang Mountains is one of the most important sites of the Communist Revolution. It was celebrated on posters, songs and operas. During the Cultural Revolution, it became a place of pilgrimage for young Red Guards, who took advantage of a nationwide "networking movement".