Theatre Production - Storm of the Harbour 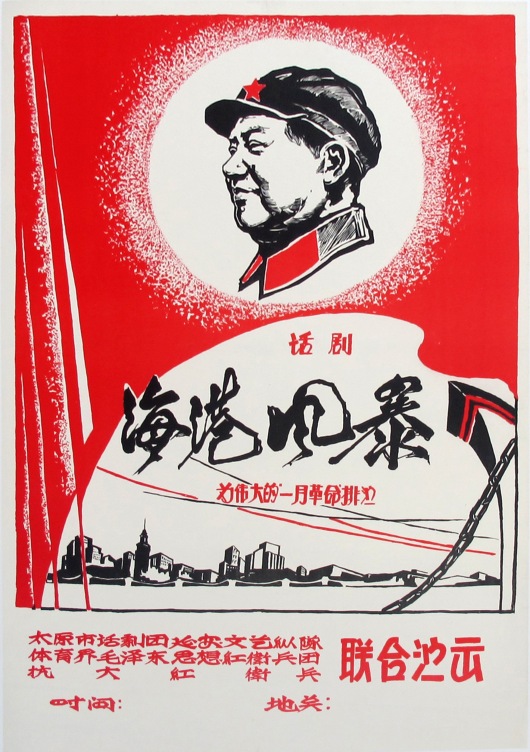 21" x 30"
Printed in the People's Republic of China
A-. Some restoration. Slight restored tears along borders. Linenbacked.
G2241

The title of the drama refers to the â€˜January Stormâ€™, which Mao instructed the rebel factions in Shanghai to seize power from party and government organizations in January 1967. Red Guard factions had seized power and formed the Shanghai Peopleâ€™s Commune, a model based on the Paris commune of 1871.