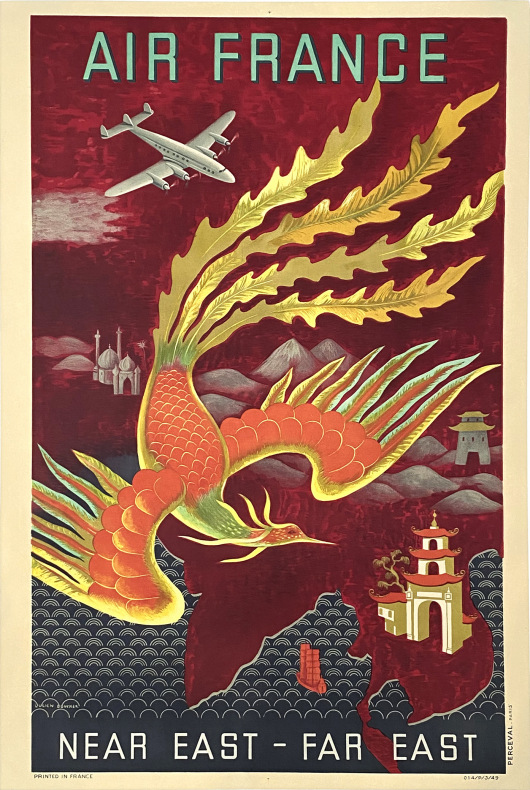 A very well presented example of Lucien Boucher's classic Air France Far East poster. The design is of a phoenix and a Lockheed Constellation plane flying over a map of East Asia.

This is one of the most sought-after Air France post-war posters. The colours are rich and bright. This is the English language version of this poster and it has wider than normal side borders