Fly high the flag of Mao's thoughts, set off a new upsurge in revolutionary mass criticism 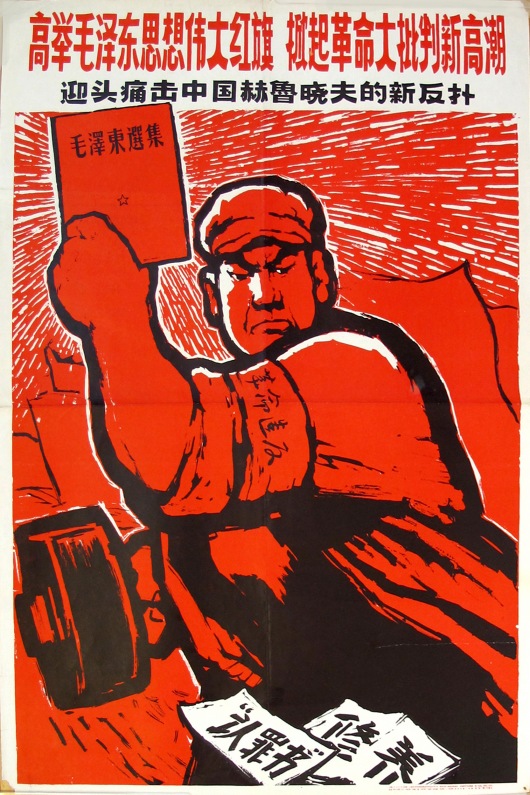 Fly high the flag of Mao's thoughts, set off a new upsurge in revolutionary mass criticism (1967)


The subtitle of the poster: Vigorously Bash the  Counterattack of â€œChinese Khrushchev"

The  â€œChinese Khrushchevâ€ refers to Liu Shaoqi, the President of the People's Republic of China from 1959 to 1968. Initially groomed to be the successor to Chairman Mao Zedong, Liu antagonized Mao in the late 1960s during the Cultural Revolution and was criticized, then purged, by Mao. Liu disappeared from public life in 1968 and was labelled the "commander of China's bourgeoisie headquarters", China's foremost 'capitalist-roader', and a traitor to the revolution. He died under harsh treatment in late 1969, but was posthumously rehabilitated by Deng Xiaoping's government in 1980 and granted a national memorial service.