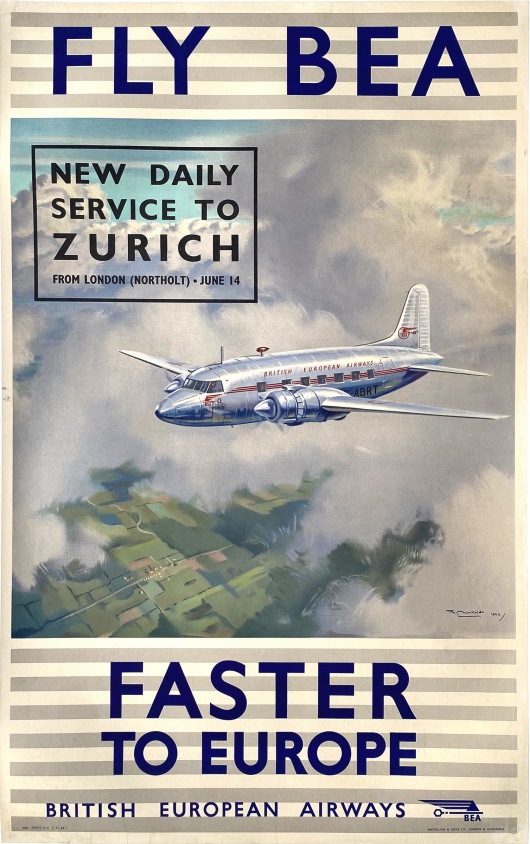 Waterlow & Sons, London & Dunstable
Lithograph
64cm x 102cm
1948
Grade B+, The poster has been archivally linenbacked and has had some minor restoration to the borders and a couple of clean tears to the top edge closed, the longest being 2".
T3916

Original vintage poster promoting the then recently formed British European Airways and its routes to Europe, including Zurich, from RAF Northolt.

British European Airways (BEA) was formed in 1946 and initially flew from RAF Northolt which is around 15 miles to the west of London. Operations were transferred to Heathrow in the late 1940's. The plane in the poster is a Vickers Viking 1, a short range passenger aircraft derived from the Vickers Wellington WW2 bomber.

Roy Nockolds was a London born artist best known for being one of the pioneers of motoring art, contributing illustrations to Autocar, Motor and Motor Sport magazines from the mid 1920's, though he was a versatile artist who also worked on portraits and landscapes. His technically detailed drawing of motor vehicles lent itself to producing airline posters also.

This is a very scarce poster of which we can find no other recorded examples.